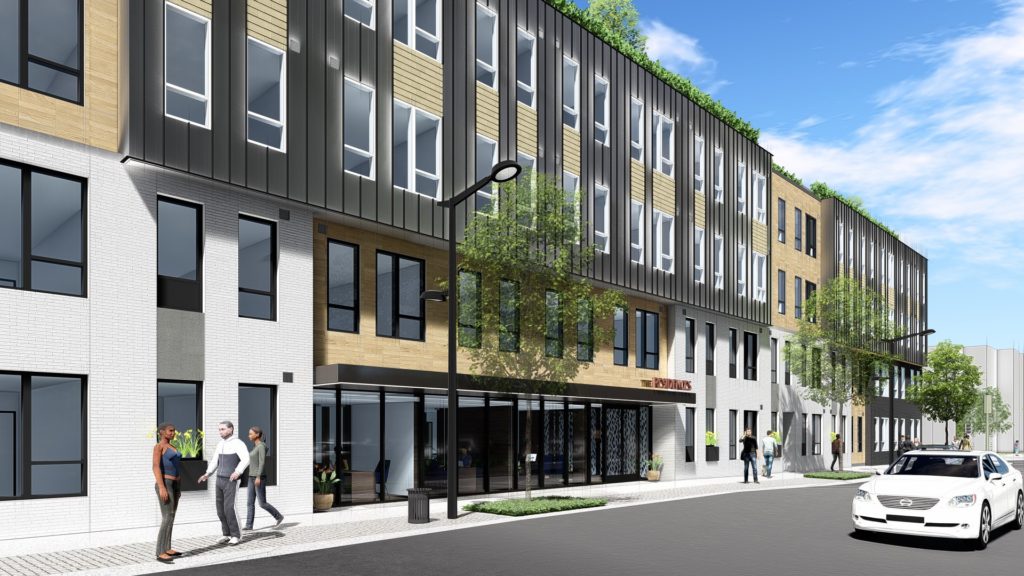 A 148-unit, all-affordable housing project on the edge of the H Street Corridor has secured nearly $90M in new financing and has started construction.

The Paxton, an all-affordable project in Ward 7 from developers Foulger-Pratt and Enduring Affordable Housing Corp., has received nearly $47M in tax exempt bonds and $42M in local and federal Low-Income Housing Tax Credit equity, underwritten by the D.C. Housing Finance Agency, according to a Tuesday release.

Construction has commenced on the 148-unit project, and the development team expects to deliver the building in the second quarter of 2024, a spokesperson for Foulger-Pratt told Bisnow.

All units in the project, located at 16th Street and Benning Road NE a block from the H Street corridor and Hechinger Mall, are slated to be affordable to those making at or less than 50% of the area median income. The H Street/Benning Road Streetcar runs in front of the property.

"It is more important now than ever to ensure we continue to finance deeply affordable housing for those earning below 50 and 30 percent AMI," Christopher Donald, executive director and CEO of DCHFA, said in a statement. "This project will ensure that D.C. residents can continue to live in the city they’ve always called home and be able to do so affordably.”

The building will be made up of eight studio apartments, 87 one-bedrooms, 15 two-bedrooms and 37 three-bedrooms. Amenities include a clubhouse, a business center, tenant storage units and on-site security.

“Foulger-Pratt is pleased to have the opportunity to participate in an affordable housing development of such importance and share our expertise in building contemporary apartment homes with the same full set of features and amenities found in market-rate housing,” said Brigg Bunker, managing partner and chief operating officer, Foulger-Pratt. “The Paxton represents our continued commitment to building and preserving affordable and attainable housing in the Washington, D.C. market.”

In addition to the baked-in affordability, 15 units will also be designated permanent supportive housing for those earning less than 30% AMI. Community of Hope will provide additional support services to those residents, including educational opportunities, workforce training, and mental and physical health services.