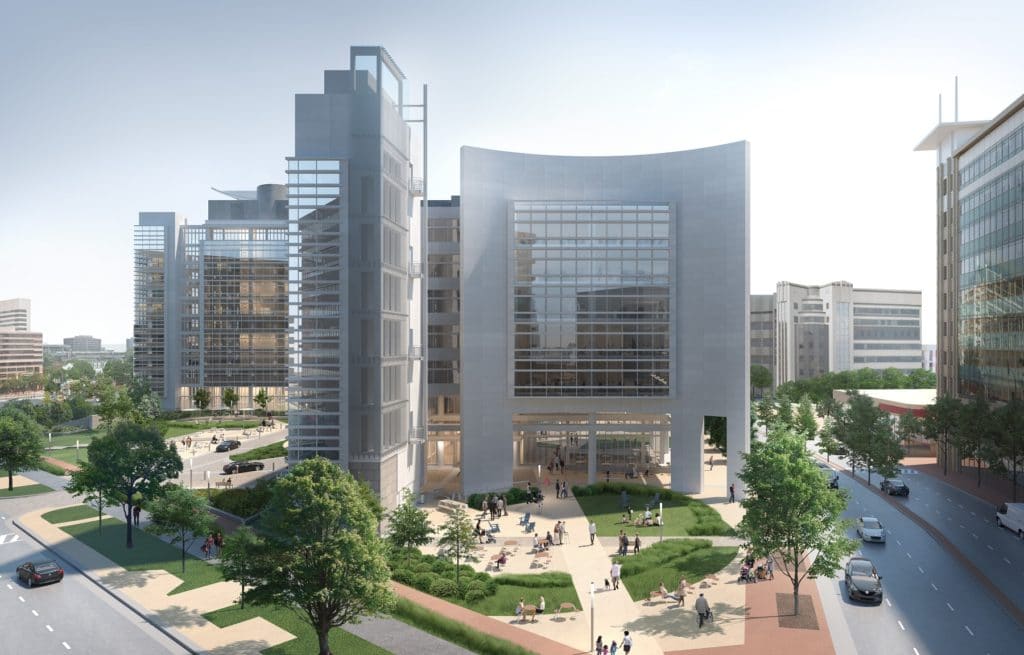 The D.C.-based pediatric health system will open what will be called the Fight for Children Sports Medicine Center — backed by a $5 million donation from District-based Fight for Children — to provide services to student-athletes. The plan, announced Thursday, comes after Children’s National reached a deal earlier this year to lease space at the newly-dubbed Inventa Towers in Silver Spring.

The center will occupy four floors comprising 140,000 square feet at the 10-story building, which Discovery sold to Foulger-Pratt and partner Cerberus Capital Management for $70 million early last year. Children’s National inked a 15-year lease, and it will provide rehabilitation, performance enhancement and injury prevention, education and community outreach, and research out of the location, according to a release.

It will also offer consultations and treatment through Children’s National’s growing footprint of outpatient clinics around the city, paired with partnerships with D.C. schools. The goal? To help kids and adolescents stay in the game without injuries, involving their parents and coaches in the process.

The $5 million gift from Fight for Children will fund the buildout, equipment and recruitment of doctors for its research, care and advocacy programs, according to Children’s National, which expects to spend a total of about $10 million on the buildout itself. It’s shooting to secure that remaining funding by the end of next year.

“We are grateful for Fight For Children’s leadership in helping Children’s National establish this new center,” Dr. Kurt Newman, president and CEO of Children’s National, said in a statement. “Thanks to their generosity, student-athletes of all ages will be able to benefit from care designed specifically for them and achieve new heights.”

It’s not the first interaction between Children’s National and Fight for Children, which is perhaps best known as the group behind Fight Night, one of Washington’s biggest annual fundraisers.

The organization’s late founder, local business figure and philanthropist Joe Robert, had helped form the Joseph E. Robert Jr. Center for Surgical Care and the Sheikh Zayed Institute for Pediatric Surgical Innovation at Children’s National. Two years after Robert died of brain cancer, in late 2011, Children’s National established the Joseph E. Robert Jr. Prize in Philanthropy, to honor his legacy by recognizing others in the region similarly dedicated to children. The sports medicine center “embodies our mission and the legacy of our late founder, Joe Robert Jr., whose life passion was helping children,” Keith Gordon, president and CEO of Fight for Children, said in a statement."